Your easy entry to a beautiful, natural escape with new trails just outside your back door.

The Grandad Bluff Trail Project will provide a safe, in the woods alternative to Bliss Road, and a majestic hiking and biking shared-use journey to the top of Grandad Bluff.

The area being transformed is currently laden with invasive species and rogue trails that routinely wash out when it rains. The new Grandad Bluff Trails are professionally designed sustainable trails that will protect the area from washouts and ensuing environmental damage. The shared-use trails will lead well intentioned explorers away from sensitive areas that are home to rare species that need our protection.

Thus far, over 3,000 people have shown their support for the Grandad Bluff Trail Project by signing our petition. We invite you to join the movement to protect our bluffs and create sustainable shared-use trails for outstanding hiking and biking close to home.

We need your help to keep this dream moving forward. 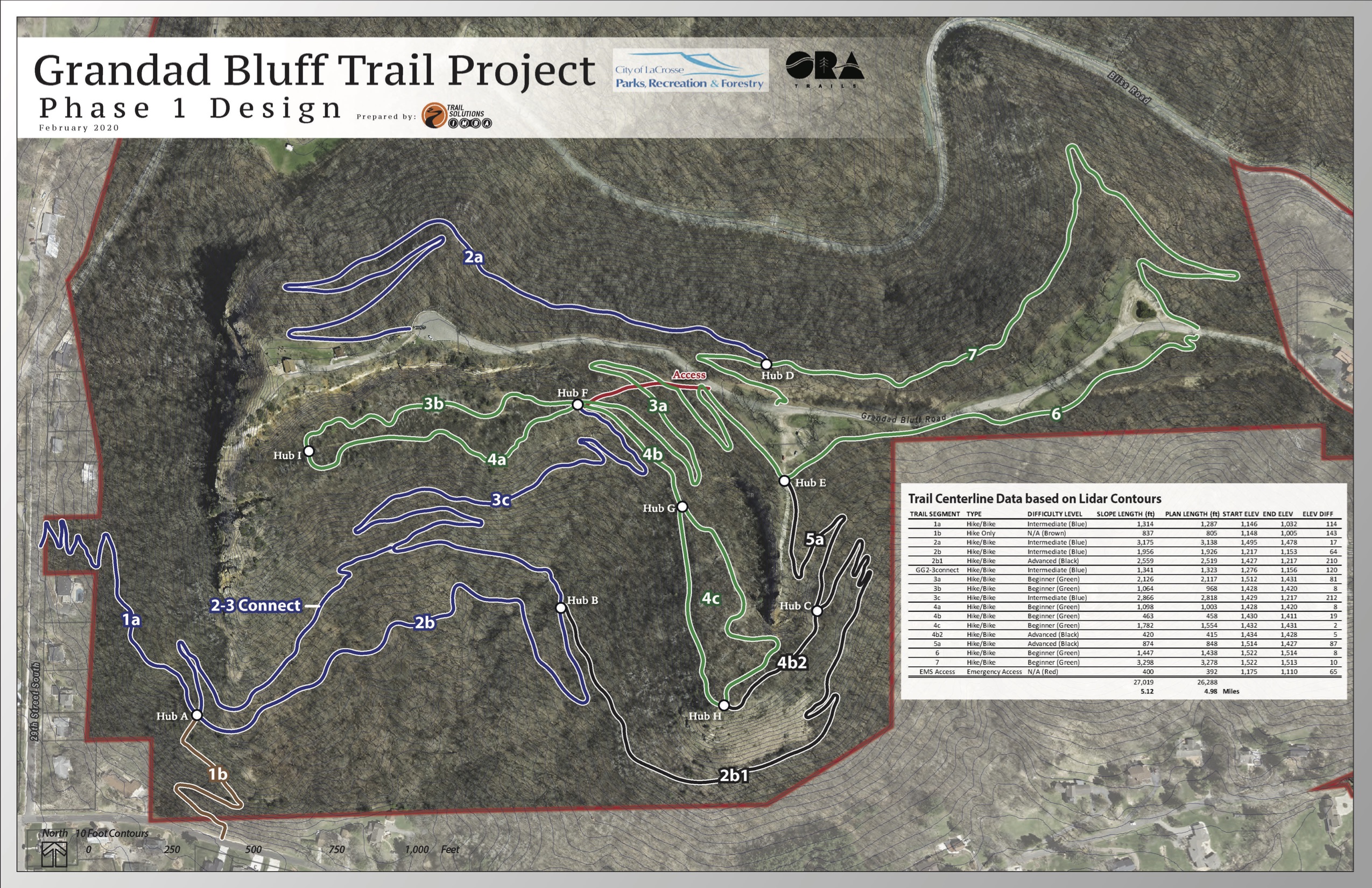 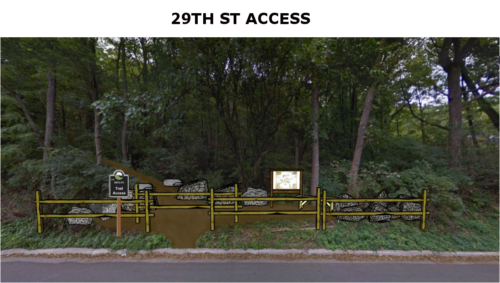 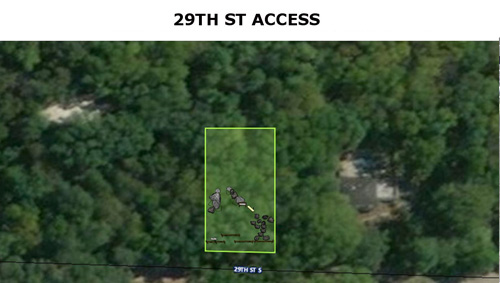 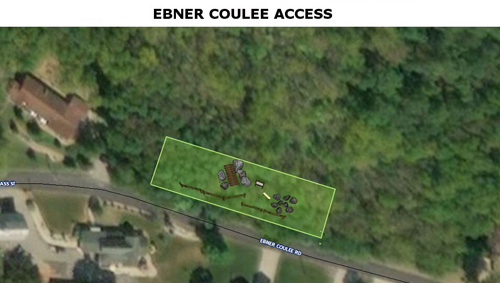 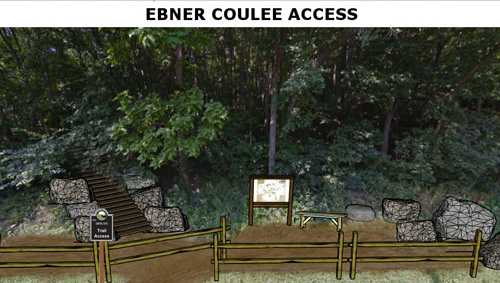 Why should it matter to you?

Grandad Bluff Trail Project was first conceived as a way to help kids get safely from the bottom to the top of Grandad Bluff, without confronting cars and trucks on the narrow and winding Bliss Road. It is a noble idea made possible by 160 acres of unused La Crosse City park land situated (roughly) between Bliss Road and Ebner Coulee. Park land that is underutilized and laden with rogue trails, litter, invasive species, and graffiti (Note: last spring 120 ORA volunteers dedicated a day of their life to remove graffiti with super clean up tool Elephant Snot!).

To address concerns over visibility to traffic on the 29th street access point, signage, gates, and other forms of safety prevention will be considered to make trail users aware and vigilant of approaching cars. 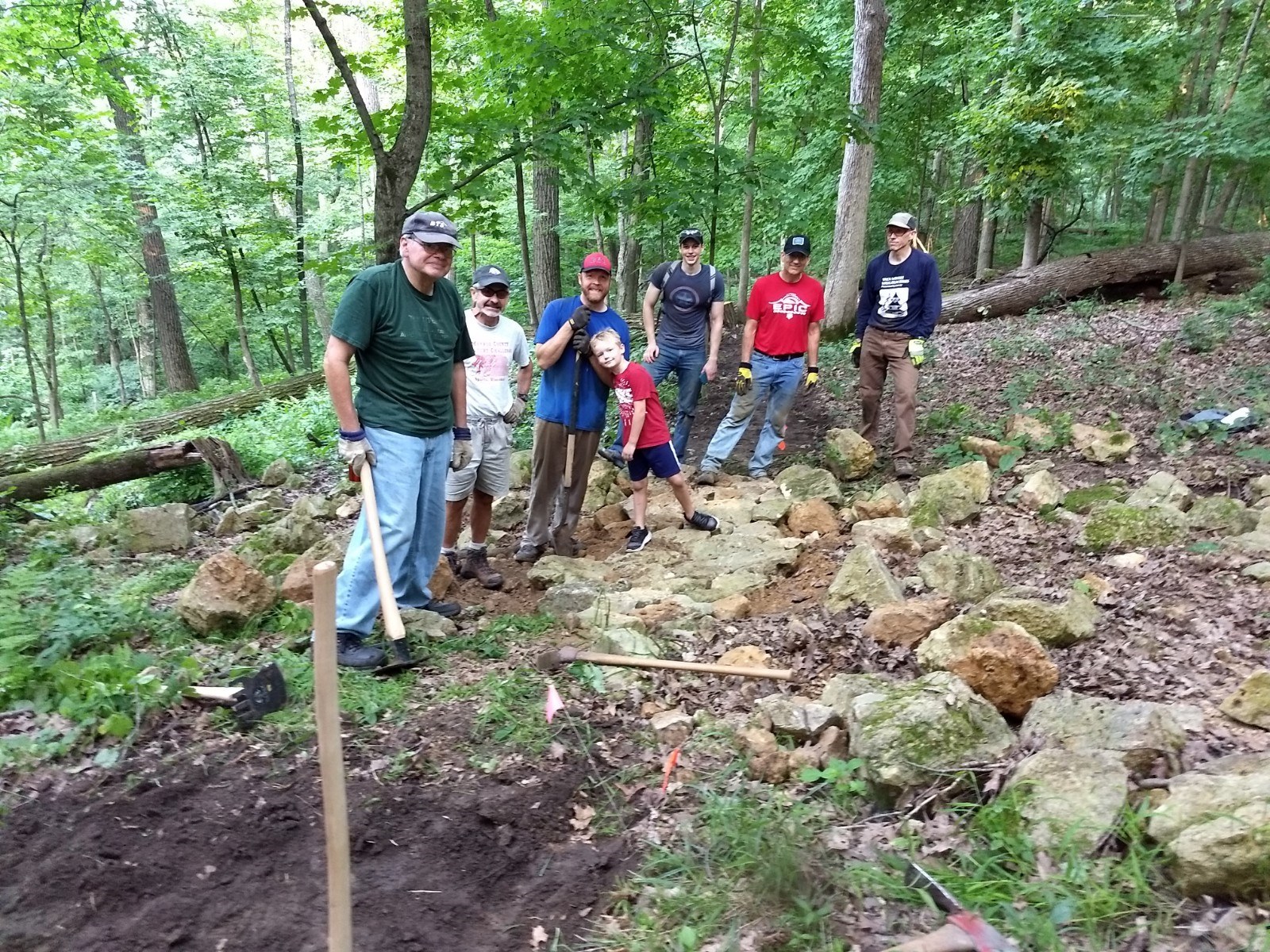 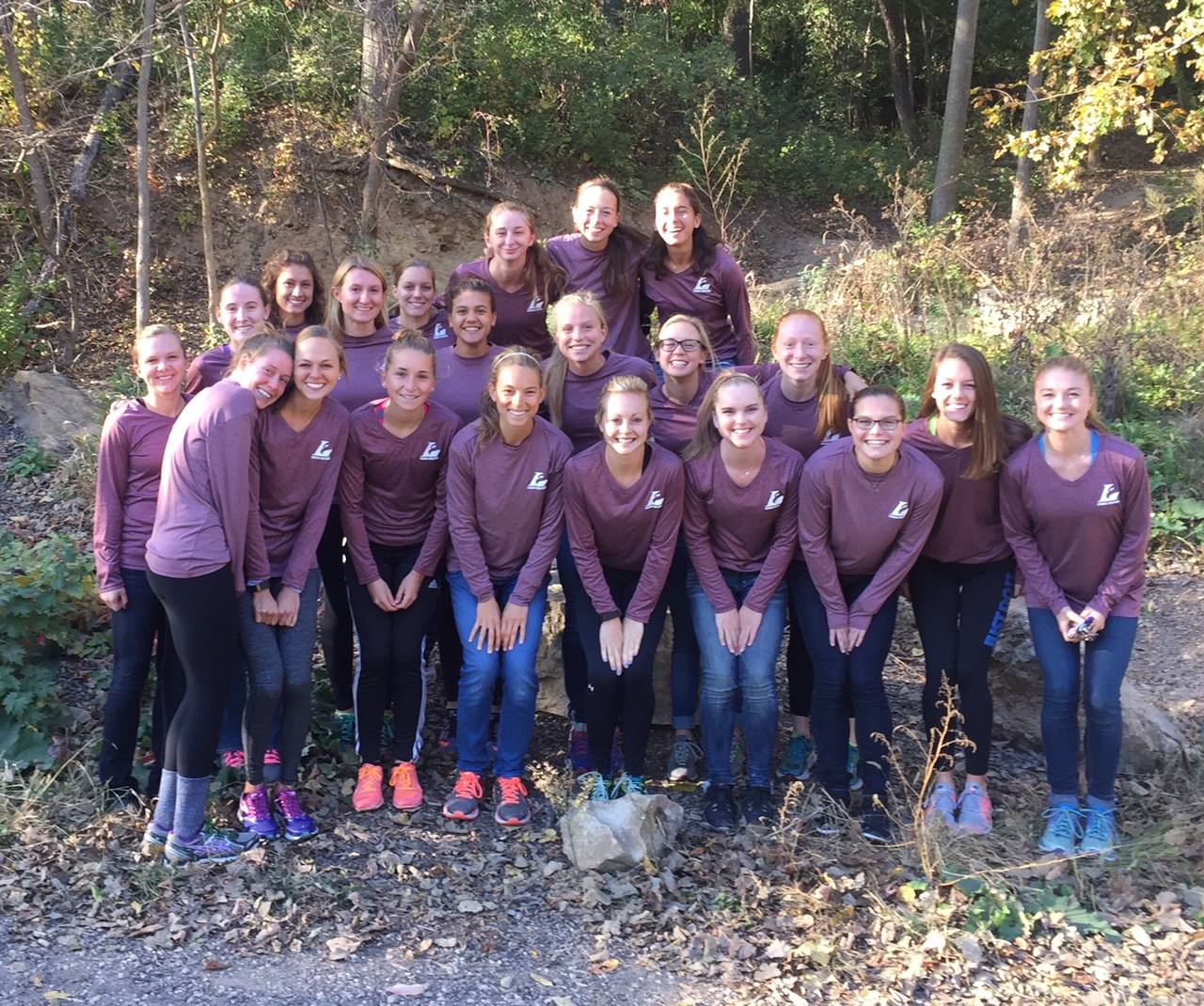 Grandad Bluff Trail Project will get kids and their families active and in the woods. Older kids will enjoy close-to-home access, reducing the need for parents to drive to further access points for drop-off and pickup. Families of all ages will enjoy screen-free outdoor activities, proven to improve health and mood.  Research suggests that connections with nature formed in childhood, lead to a lifelong enjoyment of the outdoors and future environmental stewardship. 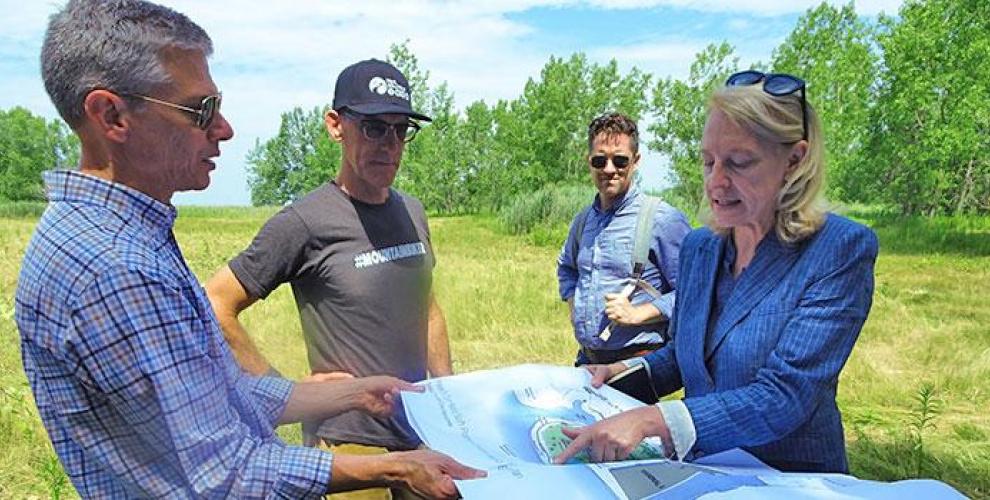 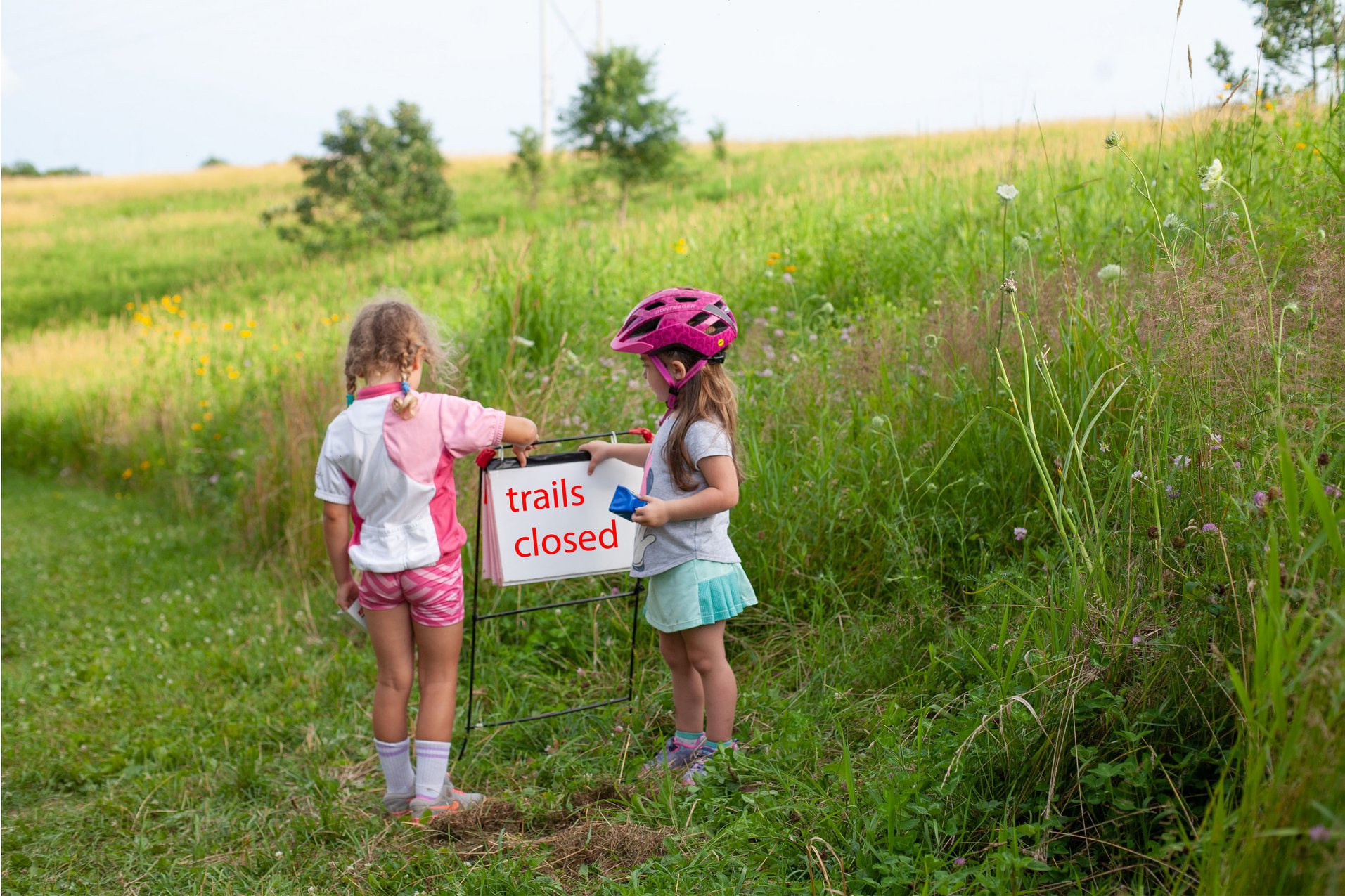 Safety on the Trail

Trail access is easy and safe for neighborhood kids and provides them with a safe place to hike or bike. Thoughtfully developed trails and the elimination of rogue trials will prevent kids from entering dangerous areas along the bluff. Consistent signage and wayfinding will help to prevent trial users from getting lost. 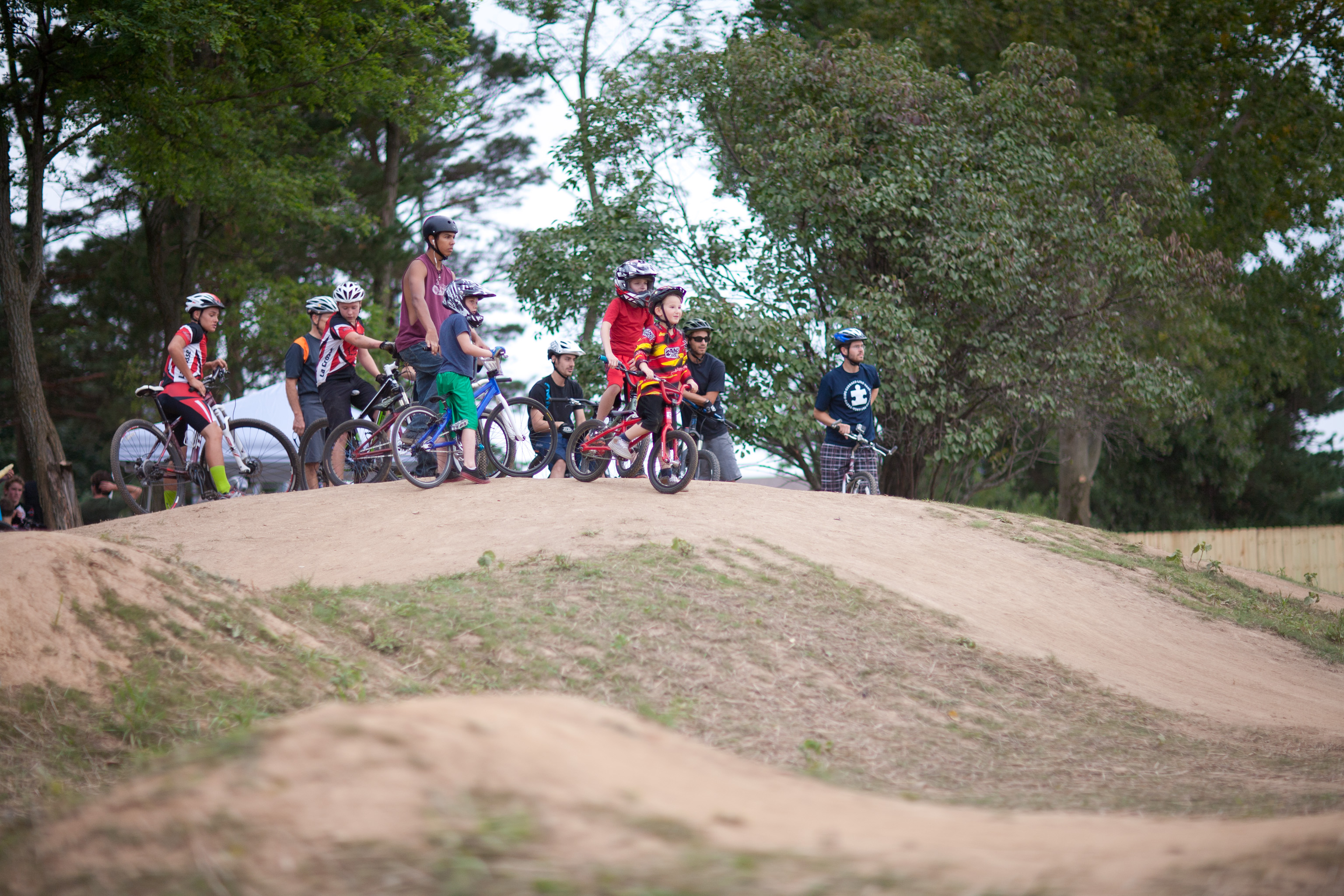 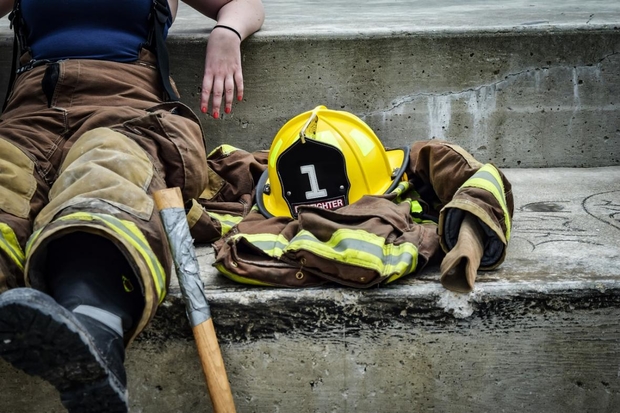 ORA worked closely with La Crosse’s First Responders and La Crosse Police in the design of The Grandad Bluff Trail Project, so the trails will provide safer and faster access for bluff rescues. Bluff rescues have been a challenge for our First Responders dating back to the 50’s.

We knew from the beginning that space between the trail and homeowner property would be limited in several places. We worked to optimize that distance and respect the privacy of homeowners and keep the trail as far away as possible given the space involved. This is a frequent problem for all communities attempting to optimize city park land while respecting the privacy of those who enjoy living close to park land. Similarly, it happened in La Crosse with the paved trails along the cement river on 33rd Street. Nearby neighbors were concerned that the public would be on paths near their home or fence line. Today those same paved trails are enjoyed and loved by the neighbors who adjusted to the positives and negatives of having park land in their backyard. 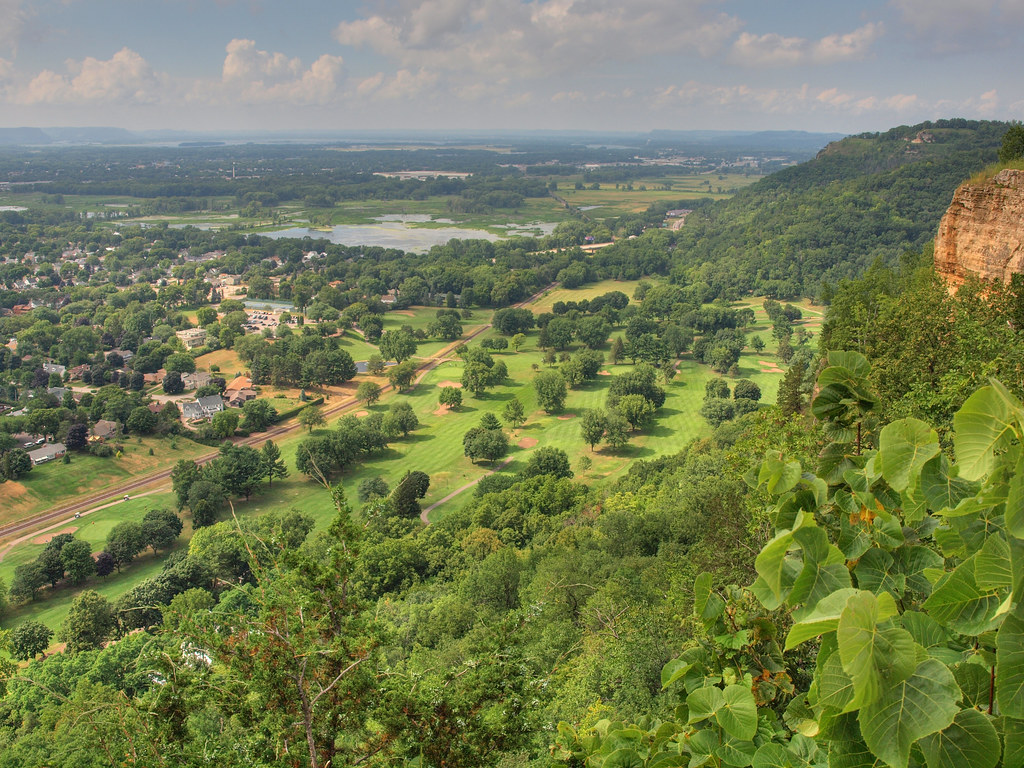 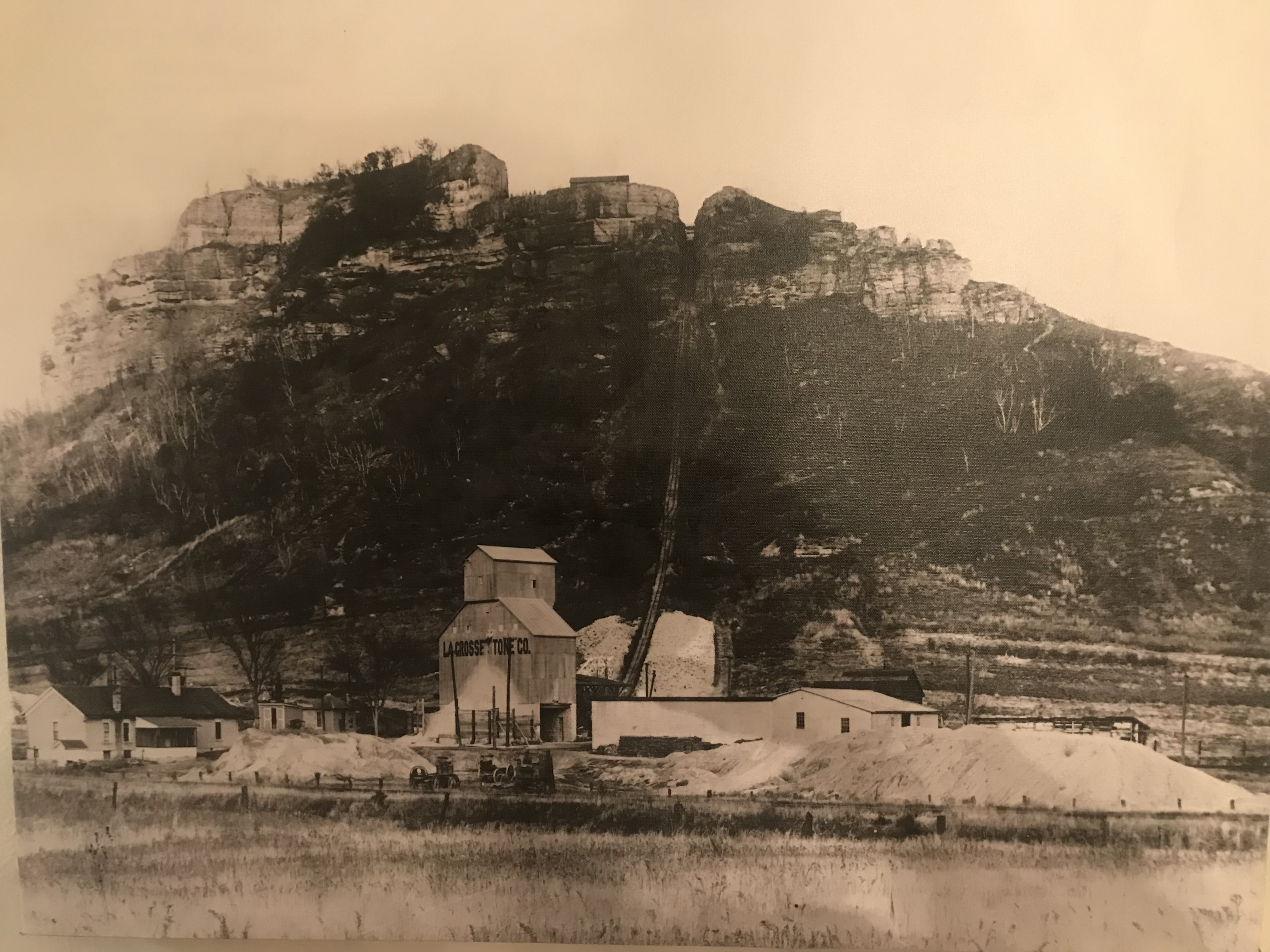 The Hixon family preserved the face of the bluff as park land, but the quarry away from the bluff face continued to operate for another half-century. Rock was brought down to the foot of the bluff through a system of rails, trams, and roads.  There is still evidence of that operational infrastructure, some of which was used for the original park trail system in the mid 50’s, and most of which will be utilized or visible from the new ORA trail system.  When homes were built at the foot of the bluff in the decades since the quarry operation shut down, the trail access points were closed off and abandoned.   The old roads and the bed of the tram line are still visible on both sides of 29th Street as well as the South face of the park.  These historical scars and revived access points offer great opportunities to share the story of the bluff through educational signs and kiosks.

The Grandad Bluff Trail Project will provide safe access to La Crosse area rock climbers. Rock climbing is one of the fastest-growing sports in America and it will no longer be viewed as a rogue underground activity.  Rock climbing may well inspire new entrepreneurial business start-ups that support the climbing community and prove a boon for area businesses that benefit from increased visitors to our city. 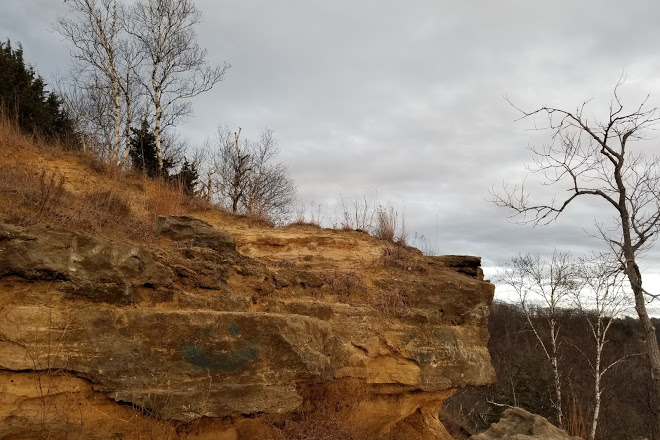 Email or call Mayor Tim Kabat, your neighborhood association, and your district representative. Share your thoughts on social media. Every voice counts!